Blogs and sites that are good

I have moved my blog to wordpress WordPress
Its mad I know but there you go.
MrC
Posted by Mr CatOLick at 19:10 1 comment: 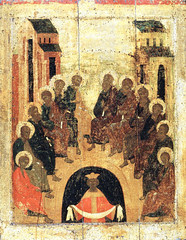 Image by jimforest via FlickrWhy bother.  Why go to church?  What's the reason? What’s is the purpose of taking time out to go and meet people to sing hymns together, to 'pray' some stuff somebody's written and to go through some 'ritual' that some other guys have concocted from old books?

Ok so you say I have to commit to Jesus totally and you say I have to belong to your denomination and you guys tell me to chill, it's all gonna be alright.  But for goodness sake, what's the story, what are you trying to say? Do you guys agree on anything?

Whatever you say, please please please, don't ask me to join your bloody PCC, your alpha course or your discussion group.  Just tell me straight.  What's the Buzz? 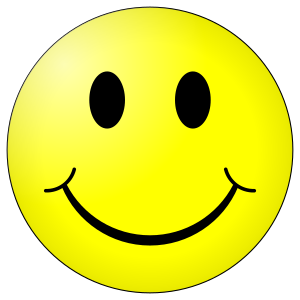 Mr C has been working hard on his stuff and is amazed at how many people find his stuff worth clicking onto.  He has so many bits and bobs going on, video’s written blogs and now cartoons, it is hard to know what to do sometimes.
This blogging stuff is very complicated and I haven’t found a guidebook for cats on the internet so I have to muddle though.  This is time consuming, but that’s ok as long as it still allows me cat nap time, but it can lead me into hot water sometimes.
Financing a project like this is really hard and that will mean some changes will have to be made and some things just can’t be done, but it is amazing what can be done with a lot of help from a very few ‘special’ friends, Thank you.
Moving from poking highly irreverent fun at figures you hold dear to deep theological, moral or political and international issues sometimes reveals an uncomfortable juxtapositioning of material, but so far it sees to be working.  The corny cartoons are a new thing and comments, good or bad would be appreciated!
Continuity in a cat is not usual, thank goodness, so MrC can be very contradictory; it’s a perk of being a cat.
On punctuation and spelling. Well there’s times to make an effort and get it right, but oftimes I decide to get it rong: other times I just plain make mistakes!
On the matter of smilies J. I LOVE using them. They are my way of saying, “your great”, or “I’m not trying to hurt you”… etc.  Mr C was one of the first to realise how to make the smiley (along with others at the time who saw the same possibility I’m sure) way back before the internet as you know it existed.  It caught on with cixen (as we were known) and has gone from strength to strength.  I am sure it existed somewhere well before then though.
Mr C appreciates all your visits and is truly honoured to hear you comments and encouragements.
Thank You.
Mr C

Aid from the U.S.A. to England.

For our Native english Viewer.
This is what a woman bishop looks and sounds like! 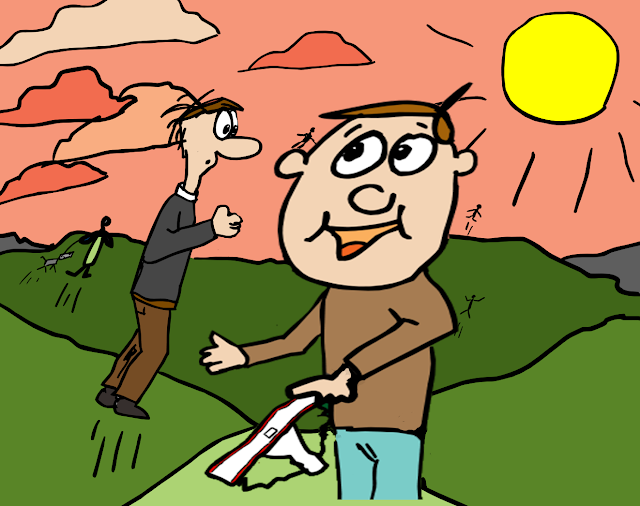 SORRY, I THOUGHT YOU SAID RUPTURE OVER THE PHONE!

Bosco Peters in New Zealand has alerted many of us throughout the world of developments by the second Episcopal Unit (cf. diocese) in the Anglican Church in Aotearoa, New Zealand and Polynesia Today, regarding the disastrous proposal called the ‘Anglican Covenant.
The full reference is here http://bit.ly/ijPwuF.
There are comments that are concise and crystal clear and many that sum up my own initial reaction on hearing about the dreadful proposal last year.
Te Tairawhiti wishes to express the following:
■We have carefully considered the text of The Anglican Communion Covenant, and what we know of the context in which it was proposed;
■In terms of our shared Mihingare and Anglican heritage, our call to communion, and our call to ministry and mission, the Covenant offers us nothing new or more compelling than the Spiritual Covenant that we already have with each other through faith in Jesus Christ;
■We see that Section Four of The Anglican Communion Covenant propose measures of compliance and discipline – including “relational consequences” and being declared “incompatible with the Covenant” – that go against our Gospel imperative to “love one another” (John 13:34-35).
We note that our sister Amorangi, Te Hui Amorangi o Te Manawa o Te Wheke, has stated its opposition to The Anglican Communion Covenant because:
■It is a threat to the rangatiratanga of the Tangata Whenua;
■It does not reflect our understanding of being Anglican in these Islands; and
■We should instead focus on the restoration of justice for Tangata Whenua under Te Tiriti o Waitangi.
We agree with Te Hui Amorangi o Te Manawa o Te Wheke, and choose here to stand in solidarity with them.
For the reasons expressed above, Te Hui Amorangi o Te Tairawhiti states that it is opposed to the adoption of The Anglican Communion Covenant.
MOVED: Rev Don Tamihere SECONDED: Rev Connie Tuheke-Ferris
CARRIED UNANIMOUSLY WITH ACCLAMATION 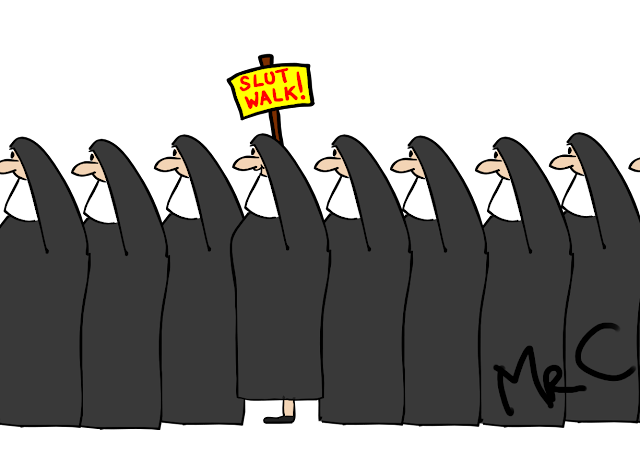 One for the ladies,eh Sisters?

In an Imperfect World 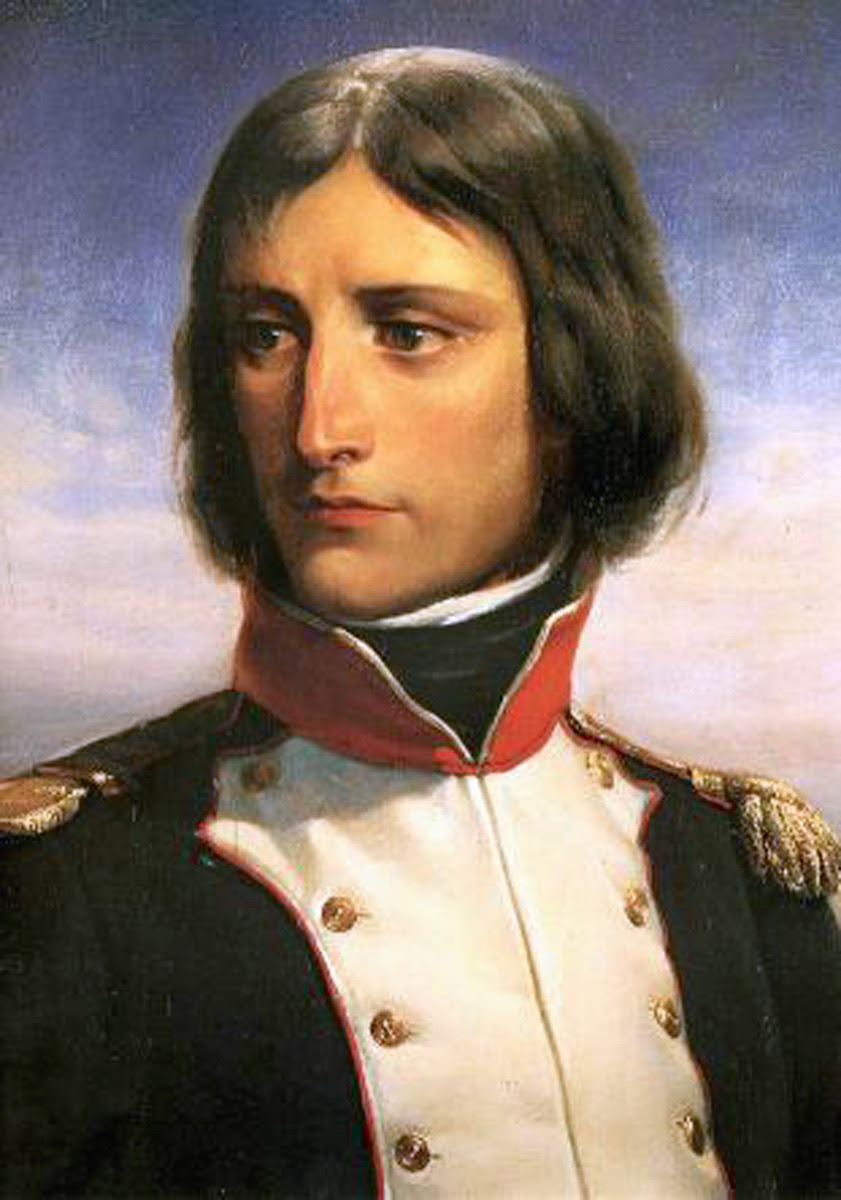 I read Lesley’s blog http://bit.ly/ivvCje today and it got me thinking.  I think yesterday, somewhere I mentioned that I was looking forward eagerly to the Parousia inferring that things will never be ‘perfect’ in this world.  However, of course, this should not stop us striving for better things now.
I love Lesley post in so many ways, not least because it resonates with my own direct experience of the church.  I have fought for too many years to promote the notion that we can allow one another to be different without feeling threatened, earlier in life on an ecumenical front, but latterly within the Anglican sphere.
The rise of fundamentalism, of every kind, in our church and the knee jerk tendency towards ‘cowardice’ or ‘self preservation’ shown by so many of us is due largely to the failure of us to understand two things.
We are taught by Christ to show both tolerance towards one another and humility.
Tolerance is a complex thing and worth considering, for it allows us to live together without feeling that we have to ‘give up’ our own standpoint.  It requires courage, self control and a willingness to respect others.  It will not offer triumphalism, self righteousness and conquest, which is why it is out of favour today.  If the church did not feel so beleaguered in our modern society, if it had more faith in God, then tolerance might have a chance.
Humility is one of the hardest things to grasp, especially in our church, especially for those in authority.  Fundamentalism brings our church so very low, it debases the humanity of others and fills the perpetrator with pride and self justification. It is very attractive indeed as it provides a simple and a quick fix of endorphins and often adrenaline. It is popular with many of us and is often favoured by the young.
Humility, on the other hand requires sacrifice, thoughtfulness and therefore hard work, and may easily lead us into painful situations that we are called then to endure with courage and prayer.  Humility is not popular in this world and it is not favoured by ‘leaders’.  It is misunderstood as weakness and as failure.  In fact humility is one of the strongest statements of faith anyone can make.  It depends on how it is done.
Humility is defined by the one you show humility to.  In a Christian that should always be to God, to His will.  Humility is revealing the truth of humanity, it is admitting that ‘I am not certain, I am not perfect, I may be wrong’, but always addressed to God, not to another person as such. That is simply humiliating.
Today church leaders and people in general are ‘flexing their muscles’ and the world is filled with worry, nothing appears to be fixed and all around us challenges and changes abound.  It has always been like this, historians can testify to this ‘truth’ more or less.
In this situation we can look for easy ways out.  Hitler offered a very attractive ideology to the people of Europe and many grasped at it, some still do.  The catastrophe of the Great War in Europe could not have happened without the easy to grasp notion of a grotesque distortion of national pride, something we see in every nation today.  Napoleon promoted a simple plan of a United Europe, and many simply followed, fired up by a misplaced sense of loyalty to a cult figure.  This same blind following happens in Zimbabwe today, and it has its resonance in Western Party Politics. All these times and all these ‘ideologies’ failed to understand the essential ingredients; tolerance and humility.
Tragically, death, destruction, violation and debasement follow when we abandon Tolerance and Humility.
Armed with these weapons then the Waxhaw massacre, the Gnadenhutten Massacre, the Praga massacre, the Peterloo massacre, the Tripolista massacre, the Waterloo Creek massacre, the Bear River massacre, the Amritsar massacre, the Simele massacre, the Katyn massacre, the Babi Yar massacre, the Setif massacre, the Shell House massacre, the Quana massacre, the bat Mitzvah massacre, none of these, and too many more massacres would have happened.
The church is not immune to loosing its way and massacres are part of our history too.  We do, we will, but be should not underestimate the dangers of simple answers and misplaced loyalty, of fundamentalism and an abandonment of tolerance and humility in our own church.  It is not so big a step to move from hating the sin, to hating the sinner.  It is not so big a step from keeping quiet about a small thing to keeping quiet about a bigger thing.  It is not so big a step to make between believing God is right to believing you are right.
If the Church of England’s leaders and its legislators cannot offer us the example of tolerance and humility then do not loose heart for…..
The Holy Spirit goes where it will.
MrC 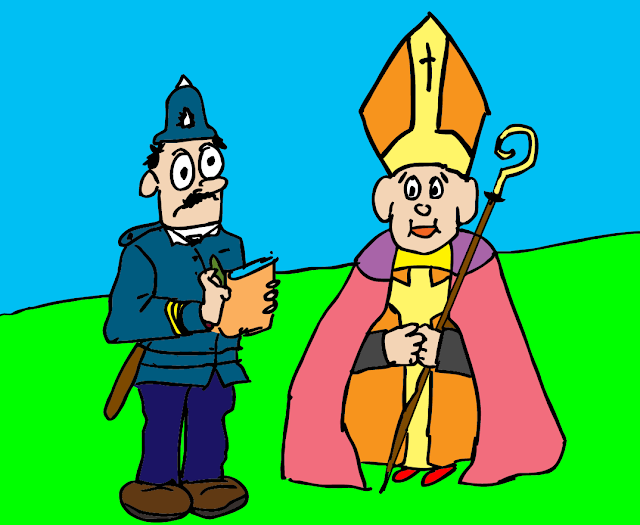 "Dastardly murder, you say Officer?  Thank the Lord for that!
I thought you said Diocesan Merger!!!!"

Was sent this, full and origional posting by Mad Priest here http://bit.ly/lflrpH